Through the early and middle 1700s, Newport rose in prominence and importance, taking a leading role in the shipping and mercantile trades of the American Colonies. By 1758, the Jewish population had grown sufficiently that there was a need for a house of worship. The Congregation now known as Congregation Jeshuat Israel (Salvation of Israel) engaged Newport resident Peter Harrison to design the synagogue. Harrison, a British American merchant and sea captain, was self-tutored in architecture, studying mostly from books and drawings. He had already completed the building of Newport’s Redwood Library and King’s Chapel in Boston. Construction began on the “Jews Synagogue” in 1759. At the same time, Harrison was also building Christ Church in Cambridge, Massachusetts and the Brick Market in Newport. 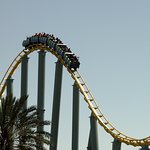