From a young age, the writer and researcher José Ignacio Carmona already felt Jewish, despite being raised in a Christian Toledo family. He lived in the neighborhood of San Antón, where a Jewish cemetery was discovered in 2013, the Cerro de la Horca. Coincidentally or not, Carmona feels that memory, something that reflects in his book “Toledo. Jews: curiosities, myths and enchantments »(Editorial Dauro).

-What will the reader find in the walk that he proposes for the Jewish Toledo?

-This book tells, for the first time, the story told by the Jews themselves, with themes unknown to the general public, such as the role they had and, specifically, the converts in the discovery of America. In addition, certain winks appear to a Toledo customs, such as that made by researcher Luis Rodríguez in his monograph «From Salamanca to Toledo with Lazarillo de Tormes», where he makes an imaginary journey of the protagonist of this novel through the streets of the city. There are also other typical characters of the time, such as the buldero, who sold the bull of the Holy Cross, or the greaser, a healer allowed by the Inquisition.

-What is true in the typical image of the Jew magician or alchemist?

-In the book I make a correction to an idea of mine earlier: the concept of magic was born in the School of Translators of Toledo. In particular, this concept comes from the School of Baghdad, where Greek science, Hindu astronomy, Persian astrology or the Alexandrian geography. All these heterogeneous matters converge in a single knowledge and bring the Arabs to the Iberian Peninsula, where there was a cultural vacuum. This resulted in Toledo in the fifteenth century, there were alchemist circles.

-What historical character of the Jewish Toledo would highlight?

– For example, Yehudah Halevi, who was the first poet in Castilian language. But with Toledo as a stage, I emphasize the struggle between the Trastámara and Pedro I of Castile that caused a slaughter of about 1,200 Jews, considered a “shoa” or holocaust by the Jews themselves and that supposed the origin of the synagogue of the Transit. The Castilian king allowed the Jewish community to lift this building by this tribute of blood, hence the walls are full of praises to Peter I.

“In the study of the Jewish world, why do history and legend often mix?”

– First, because the weight of this collective imagination in a society of continuous suspicion, with the persecution of the Inquisition, makes us not have record of what happened in reality. In fact, in the literature of the time he always associated the Jew with the magic, caricatured him wearing the hood, the tabard and a candle at night. Thus comes a time when reality is blurred, an image to which the Jewish people themselves, perhaps the most cultured but also the most mythomaniac, contribute.

-Attending to the legends that appear in his book on the Jewish world in Toledo, with which one of them stays?

– I remain, especially, with one, the Child of La Guardia, which is universal and Lope de Vega took it to literature. The legend tells the death of a child at Easter at the hands of the Jews. Even in this town in Toledo, it is still taboo to talk about being Jewish. There is also Sara’s and the flower of passion, which speaks of the impossible love of the Jewish Sara with a Christian that ends with both dead. Once buried, their bodies give rise to the plant with the same name as the title of the legend.

-Toledo, instead of turning it into a theme park for tourists, it would have to be updated and put into the 21st century through innovative projects that reveal their roots and history, such as scholarships and exchange programs for young university students, for Example of the Jewish world.

-What does Toledo mean for a Jew?

-Toledo is so important because it is the Jerusalem of Sepharad. The center of spiritual gravity moved from the East to our city with a Talmudic school. In addition, it should not be forgotten that Jews are the most indigenous community of the Iberian Peninsula, as there are real testimonies of the Jewish presence in the first century, about AD 60 or 80 AD. Of the many myths that exist, it is even spoken of that Jews of Israel arrived after the first destruction of the Temple of Solomón. In fact, the oldest remains that remain in Toledo are the necropolis of Pradillo de San Bartolomé, in the vicinity of the Cristo de la Vega, and the Cerro de la Horca.

-Why your interest about the Jews?

– I lived precisely when I was a child in a house on the Jewish cemetery of Cerro de la Galca, and from childhood I always said that I wanted to be a Jew, although I was raised in a Christian family. Incidentally, when the archaeologist Arturo Ruiz Taboada began to study this place, texts appeared on tombstones reminiscent of the famous “stone of remembrance” of the Jewish diaspora. In this way, a circle would be closing in which I, as a descendant of “anusim”, that is, a converted Jew, I feel depositary of that memory. 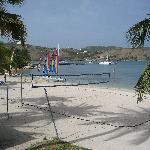