From http://www.thelocal.es   A brilliant day trip from Madrid!

The charm of Toledo’s antiquated feel coupled with its winding cobblestone streets draws many visitors. Also a World Heritage Site, the city is a gorgeous medley of Christian, Muslim, and Jewish architecture.

Must-see sights include: The Castle of San Servando, the Alcázar fortress, El Greco Museum, the synagogues of El Transito and Santa María La Blanca, the Tornerías Mosque, the Roman Alcántara Bridge, and the Cathedral of Saint Mary. Aside from these, a relaxed stroll through Toledo’s streets is a must to truly appreciate its charm.

It is also famed for its regional cuisine and is the 2016 gastronomy capital of Spain.

Segovia is another picturesque city appealing for its medieval charm. Like Toledo, a wander through its beautiful little alleyways, especially the Jewish Quarter, is an absolute must; so is a visit to the Plaza Mayor, the Alcázar, Segovia Cathedral, and the magnificent Roman Aqueduct dating back to the first century.

Don’t miss its fairytale castle, rumoured to be the inspiration behind Disney’s Cinderella’s castle. And no visit to Segovia would be complete without a taste of its famous cuisine. 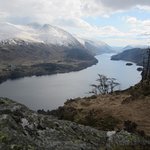